You Need More Than a Firearm in a Concealed Carry Holster 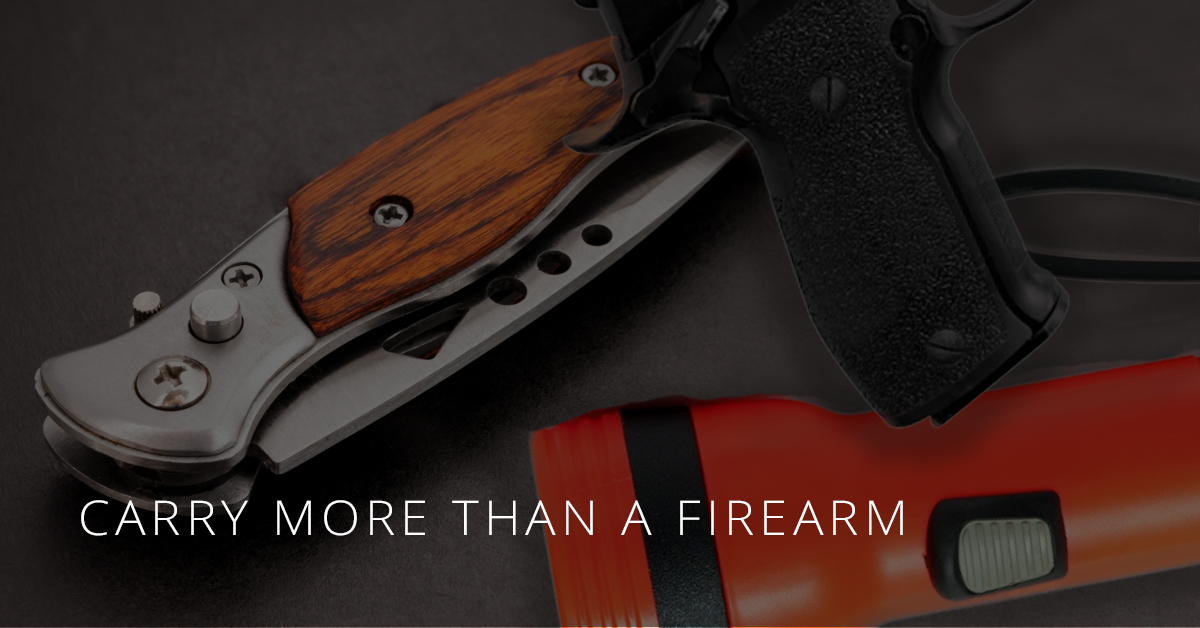 An armed citizen needs more than a firearm in a concealed carry holster to be fully prepared for what unexpected occurrences may transpire on any given day. You see, when you step out of your front door, you want to have better control of what the universe might throw at you.

Consider this: You wear your seatbelt even though you are an excellent driver because it’s the reckless drivers out there that you are concerned about.

There might be a select number of you out there who might think the notion of carrying a tourniquet or multi-purpose tool is not a good idea and would be better served being replaced with extra ammo. It is these people who are most concerned with having to deal with people that are trying to hurt you. While that is a smart attitude to have, it is also a bit misleading. This is because these people fail to realize that there are other things that happen in the real world that can hurt or kill you.

Being an armed and fully-prepared citizen means you need to carry more than a gun. Here are other items you should carry with you because your gun can’t do everything.

Now, some people might scoff at the mere notion of carrying a flashlight around all day, but last time we checked, it is still dark for at least half of a 24-hour period.

Anytime you enter a building, you enter a situation where diminished light can occur. If the electricity goes out in a building due to a fire, you can’t escape by shooting your way out. This is one situation in which a flashlight can save your life, and to be sure, there are plenty of others.

A quality folding knife is a valuable resource to have on you at all times. Though cutting your way out of an emergency situation is not as glorious as shooting your way out, it can save your life nonetheless.

For example, while shooting your seatbelt off if it gets stuck after your car plunges into a lake in a freak accident, a knife will do the job just as good without the risk.

People bleed, and not just from bullet wounds. And major bleeding will kill someone pretty fast. We aren’t talking about death in 15 or 20 minutes, but rather death in two or three minutes. This means you will have to tell the accident victim you encounter to bleed a little slower while you tear up your t-shirt and look for a stick.

Now, unless there is something we have missed, we are unaware of any situation in which a gun was used to close up a wound.

A gun might be the answer to any number of situations, but not all. To be genuinely prepared for danger and adversity, whatever form it might take, you need to carry more than a gun.